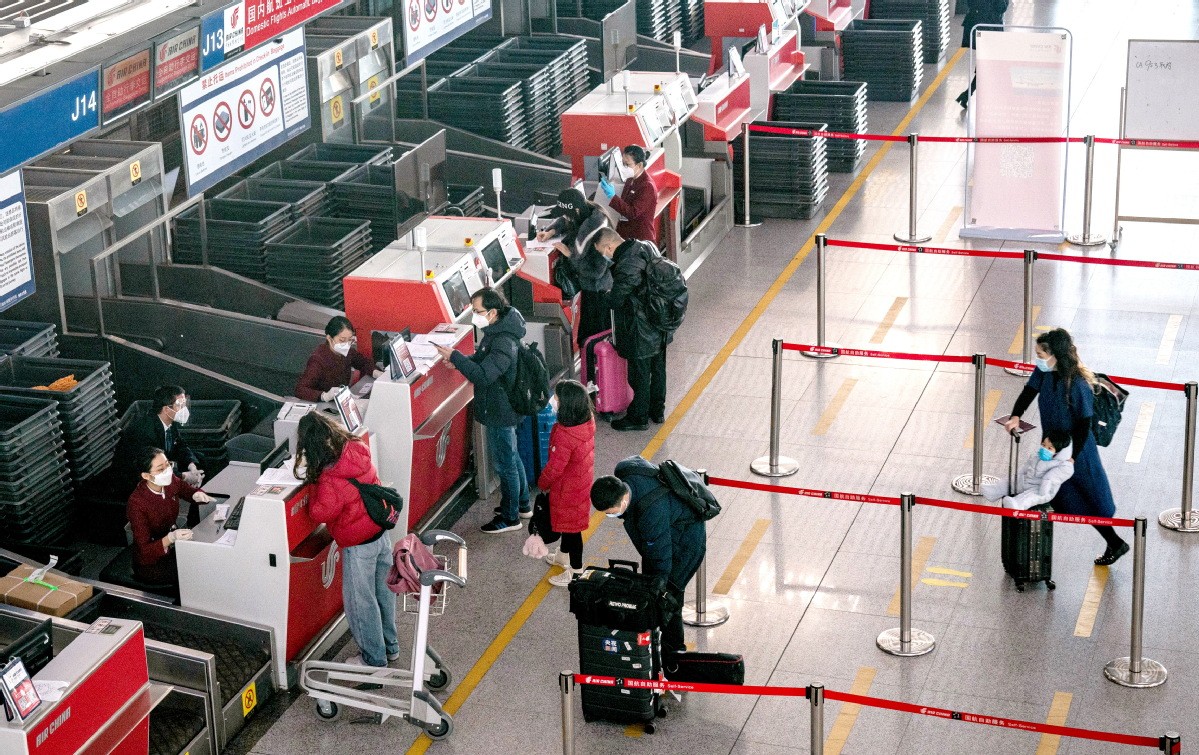 The Chinese aviation sector is well on the recovery path, judging by the strong presales of air tickets for the upcoming holidays, an indication that the industry is revving up as more people get vaccinated, experts said.

The optimistic outlook is expected to be good news for China's top three carriers, Air China, China Southern Airlines and China Eastern Airlines, which released their 2020 earnings reports on Tuesday.

The three carriers attributed their poor performance to the COVID-19 impact, largely due to travel bans and lockdowns in many countries and regions.

China Eastern said the diverse travel restrictions of nations dented market demand and passengers' willingness to travel. Thanks to the Chinese government's effective measures in containing the pandemic, the aviation sector has been recovering steadily since the second half of last year, experts said.

In August, the total number of domestic flights surpassed that of a year ago, while in October, flight volumes across the nation grew by 15 percent on a yearly basis, said Zheng.

More flights are expected to be added to schedules for the upcoming summer-autumn aviation season. This year's summer-autumn aviation season, which spans from March 28 to Oct 30, will see 101,606 flights per week, according to a report in ThePaper.cn, that quoted the Civil Aviation Administration of China. Domestic flights in a week are expected to rise by 10.7 percent on a yearly basis to 92,756.

Air China officials said the Chinese aviation market will continue to recover in the long run, thanks to the effective control measures. Business trips and holiday travel will continue to be the main growth drivers, while aviation spending will become more popular and individual, it said.

With more number of people getting COVID-19 vaccinations in China, industry experts expect the upcoming Tomb Sweeping Day and Labor Day holidays to see more people opting for air travel. Ticket presales for the Tomb Sweeping Day have already reached the levels seen in the same period of 2019, according to online travel agency Qunar.

The daily number of flights operating in the country stood at 12,451 in March, equivalent to the level seen in 2019, according to data provided by VariFlight.

"Currently, COVID-19 is still the key factor that could influence almost all sectors, and every prediction we make should take the status quo of the contagion into consideration," said Qi Qi, an associate professor at Guangzhou Civil Aviation College.

Zheng believes an air travel peak is around the corner in the country. Qi, however, holds a cautious but positive view on the profitability of Chinese carriers.

Companies may see more passenger trips this year, than that of last year. However, the profitability of the companies would depend on the air ticket prices, said Qi.

Regardless of all the efforts made by related parties, there are still uncertainties that are clouding prospects for resumption of international travel, said experts.